Remove accounts that are past the credit reporting time period You are well within your rights to remove accounts from credit reports that are past the credit reporting time period as long as the original date of delinquency was more than 7.5 years ago.

Question: I had 2 credit card accounts that were bought by a debt buyer. They sued and garnished bigger account and are now trying to get me to settle payment with the remaining account. They just recently sent a settlement letter that showed Credit Card Company had charged off 12/2011.

The Debt Buyer is reporting to all 3 CBs as being placed for Collection with them as of 03/2015! The letters they are sending even now state they cannot sue me for the debt but will report to Credit Bureaus. I have already disputed with credit bureaus but all that happened was updated remark (Customer dispute) The original creditor/CC company is no longer showing on any of the 3 credit reports.

This item is hurting my rating since it appears to be more “recent” collection account than what it actually is. (There was a change in household income in 2009 and then I lost my job in 2010.) On Transunion they are reporting date of first delinquency as being 05/01/2011. I never made any payments on the account after change in household income in late 2009; job loss/Divorce 2011 and unemployed until 2012.

Should I try to dispute with Credit Bureaus again or send a re-aging letter to the debt buyer? I have been working hard to get my credit rating back to where it was and even better than before all setbacks occurred in 2009.

Response: Creditors may choose to delete their reporting at any time prior to the date the accounts should be excluded from your credit reports. But that is not the same as the official credit report exclusion which is 7.5 years from the date of first delinquency (DOFD). Even if the original creditor no longer reports to the credit bureaus, that does not prohibit a debt collector from reporting the account up to the 7.5 year credit reporting date.

But, the debt collector cannot report past the 7.5 year reporting time limit. In other words, the date the accounts are due to be excluded from your credit reports does not change. The problem is in determining that date. You are going to have to insist they remove accounts from credit reports that are too old to report.

When accounts are excluded from your credit report due to the 7.5 year reporting time limit, it is done by the credit bureaus. It is the exclusion of their ability to continue to report a charge-off or collection account past the 7.5-year date of first delinquency of the original creditor account.

The reason for this is the Fair Credit Reporting Act, Section 623(a)(5)A), simply says the furnisher of information must notify the credit bureaus of the date of delinquency on the account, which shall be the month and year of the delinquency that lead to the charge-off or collection. This date should be the same with both the creditor and any subsequent debt collector. Since these exclusion dates are often inaccurate, the projection dates estimated by the credit bureaus as to when an account is scheduled to be deleted can be inaccurate too.

The best way to tackle this issue is with your records. It’s good you know when you made the last payment and no further payments were made, but if you have any old statements or bills from around that time, that would be your supporting documents (proof).

You could dispute the accounts as obsolete, meaning too old to be reported on your credit reports, based on the date of first delinquency (DOFD) according to your records. Basically, if you stopped paying in 2009, then 2016 or, at the latest, 2017 is when those accounts should have been excluded (deleted) from your credit reports.

If you have some type of proof I would dispute the accounts directly with the credit bureaus as “too old to report (outdate)” based on the 2009 first date of delinquency, when no further payments were made on the accounts.

Start with the credit bureaus first. You may have a successful outcome and no further dispute or complaints would be required. But, you can also send the same dispute letter to the debt collectors stating the accounts are obsolete and too old to be reported to the credit bureaus.

If the dispute process is unsuccessful, you have a legitimate complaint to send to the Consumer Financial Protection Bureau about inaccurate reporting of obsolete accounts. Complaints can also be sent to your state attorney general and the BBB. As you know it is illegal for a debt collector to report new dates to the credit bureaus (re-aging) and a very serious violation of the FCRA.

You are well within your rights to have the accounts removed as long as the original date of delinquency was more than 7.5 years ago.

The best of luck to you.
~Lisa 5 Facts To Consider When Choosing a Credit Counselor

Choosing the right credit counseling agency can make the difference in reducing your debt or digging yourself further into debt.

Debt settlement can hurt credit scores because having late payments are essential to settlement, creditors are motivated to settle when you have multiple lates 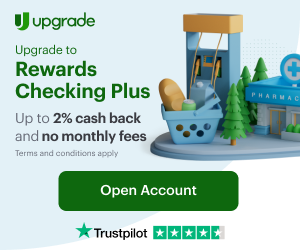